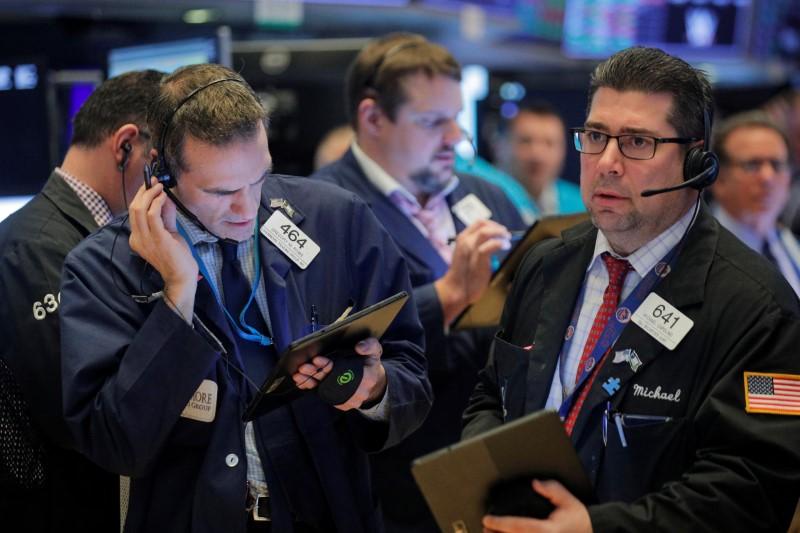 (Reuters) – U.S. stock indexes hit record highs on Thursday, with the S&P 500 crossing the 3,300 mark for the first time, as upbeat earnings from Morgan Stanley and a tech rally added to optimism from an initial U.S.-China trade deal.

Technology stocks .SPLRCT provided the biggest boost, with Apple Inc (AAPL.O) up more than 1% and chipmakers gaining after a strong forecast from the world’s top contract chipmaker TSMC (2330.TW) (TSM.N) signaled a recovery in the sector.

China is expected to boost purchases of U.S. goods and services in exchange for the rolling back of some tariffs as part of the deal, but concerns remain with several thorny issues still unresolved.

“The Phase 1 trade deal has been largely priced into markets,” said Peter Kenny, founder of Strategic Board Solutions LLC.

“Any movement forward from here, at least in the near-term, is going to be driven by earnings. So far, we do see a sort of a positive tone set by the financials.”

Analysts expect earnings at S&P 500 companies to have dropped 0.5% in the fourth quarter, according to Refinitiv IBES data, the second consecutive decline.

Bank of New York Mellon Corp (BK.N) slid to the bottom of S&P 500, down 7.2%, after the custodian bank missed estimates for quarterly profit.

The S&P index recorded 67 new 52-week highs and no new low, while the Nasdaq recorded 131 new highs and one new low.

Reporting by Sruthi Shankar in Bengaluru; Editing by Sriraj Kalluvila